ERS Genomics is a biotechnology company co-founded by Nobel Prize Laureate Dr Emmanuelle Charpentier to provide broad access to the fundamental CRISPR/Cas9 patent estate, a gene-editing technology with a broad range of applications across life sciences.

CRISPR refers to a group of DNA sequences that occur in prokaryotic organisms such as bacteria and archaea and that are derived from DNA fragments of bacteriophages that previously infected the organism in question. These CRISPR DNA sequences are used to detect and destroy DNA from similar bacteriophages during subsequent infections, enabling the organism to counter such infections.

In the US, the CVC portfolio currently contains patents that include claims to compositions and methods of using Cas9 with a guide RNA to form a CRISPR/Cas9 complex that binds a specified DNA sequence; various formats for delivering these complexes in cells of all types; the use of the CRISPR/Cas9 complex to cleave DNA, resulting in knock-outs, insertions or mutations; the use of mutated Cas9 to ‘nick’ DNA in place of cleavage or to bring an effector domain to a specified DNA sequence to regulate gene expression in a cell; and, finally, compositions of guide RNAs in a variety of formats including various lengths, chemical modifications, and base compositions.

The CRISPR patent portfolio licensed by Dublin, Ireland based biotechnology company ERS Genomics (the CVC portfolio) is the most comprehensive collection of proprietary rights to the fundamental CRISPR/Cas9 gene editing platform. ERS grants non-exclusive licences to a growing list of issued and pending patent applications globally, in all fields excluding human therapeutics, and non-exclusive licences are available for research and sale of products and services across multiple fields including research tools, kits, and reagents; discovery of novel targets for therapeutic intervention; cell lines for discovery and screening of novel drug candidates; GMP production of health care products; companion animal and livestock health; the production of industrial materials such as enzymes, biofuels and chemicals; and synthetic biology.

According to Eric Rhodes, CEO of ERS Genomics, the versatility and programmability of Cas9 has enabled the CRISPR/Cas9 technology to become a revolutionary approach in biological research. 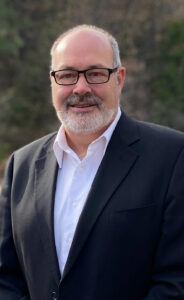 Eric Rhodes, CEO of ERS Genomics: “The versatility and programmability of Cas9 has enabled the CRISPR/Cas9 technology to become a revolutionary approach in biological research.”