Minaris Regenerative Medicine, a global CDMO for cell and gene therapies, is investing $64.5 million in expand its manufacturing capacity in Germany and Japan, with a new $40.7 million state-of-the-art facility being built near the company’s existing site in Ottobrunn, Germany that will operate according to GMP standards providing clinical and commercial manufacturing and development cell and gene therapy services. for. The 6,650 sq m building will initially more than double the company’s existing capacity in Europe by providing additional clean rooms, quality control laboratories, warehousing, cryo-storage and office space. The new facility is expected to be operational in early 2023 and will allow for additional expansion of clean rooms according to client demand and specifications, more than tripling the company’s current clean room capacity.

A new facility will also be established adjacent to the company’s existing facility in Yokohama, Japan, allowing for an additional 4,000 sq m which will double the capacity for commercial manufacturing of regenerative medicine. This new facility is scheduled to start operations in October 2022 and the investment of $23.8 million is part of a strategy to establish a centre for cancer immunotherapy and somatic stem cells.

Minaris says the European and Asian expansions complement the opening of the company’s new commercial facility in Allendale, New Jersey, USA announced in January this year: “Our investment in the facility expansions of all our three regional sites confirms our commitment to contract development and manufacturing for the cell and gene therapy industry,” commented Kazuchika Furuishi, PhD, Corporate Officer and General Manager of the Regenerative Medicine Business Sector of Showa Denko Materials Co., Ltd, Minaris’ parent company. “Our global offering to our clients with sites in USA, Germany and Japan enables us to advance our clients’ life-saving therapeutics to patients in need around the world.”

In February of this year, Minaris entered into a manufacturing agreement with MaxiVAX SA, a Swiss biotech company developing novel anti-cancer vaccines, for MVX-ONCO-2, a cell-based immunotherapy being developed by MaxiVAX for the treatment of cancers such as chordoma, head and neck, and other solid tumours.

The MVX-ONCO-2 consists of two components: biocompatible capsules, loaded with a genetically modified cell line that secretes a strong immune-booster granulocyte-macrophage stimulating factor (GM-CSF) and irradiated autologous patients’ tumour cells isolated from patients and serving as tumour antigens. To induce an efficient anti-tumour response against the patients’ own tumour cells, the encapsulated GM-CSF secreting cells are implanted subcutaneously at the site of tumour-cell vaccination. Minaris will be responsible for the GMP manufacturing, freezing and shipping of the MVX-ONCO-2 capsules, which will be delivered to clinical sites, while the autologous patients’ tumour cells will be processed at the clinical sites.

The scope of the manufacturing agreement includes process development for scale-up and technology transfer with the goal of supplying Phase 2 and 3 clinical studies initially in the EU and eventually in the US. Services will be performed at Minaris’ Ottobrunn facility in Germany.

Last November, Mustang Bio, Inc, a US company focused on translating medical breakthroughs in cell and gene therapies into potential cures for hematologic cancers, solid tumours and rare genetic diseases, signed an agreement with Minaris to enable technology transfer and GMP clinical manufacturing of its MB-107 lentiviral gene therapy programme for the treatment of X-linked severe combined immunodeficiency, also known as bubble boy disease, in Europe. Minaris will perform technology transfer of the manufacturing and analytical processes, as well as their adoption to the European regulatory environment, for the GMP-compliant manufacturing of the drug product at its site in Ottobrunn, Germany, with the aim of supplying clinical trials in Europe.

MB-107 is currently being assessed in a Phase 1/2 clinical trial for XSCID in newly diagnosed infants under the age of two at St. Jude Children’s Research Hospital, UCSF Benioff Children’s Hospital in San Francisco and Seattle Children’s Hospital. Mustang has submitted an investigational IND to the FDA to initiate a pivotal multi-centre Phase 2 clinical trial of MB-107 in this same patient population and tThe FDA has granted Rare Pediatric Disease, Orphan Drug and Regenerative Medicine Advanced Therapy Designations to MB-107 for the treatment of XSCID in newly diagnosed infants.

X-linked severe combined immunodeficiency (XSCID) is a rare genetic disorder that occurs in about 1 in 225,000 births and is characterized by the absence or lack of function of key immune cells, resulting in a severely compromised immune system and death by one year of age if untreated. Patients with XSCID have no T cells or natural killer cells and although their B cells are normal in number, they are not functional. As a result, XSCID patients are usually affected by severe bacterial, viral or fungal infections early in life and often present with interstitial lung disease, chronic diarrhea and failure to thrive. 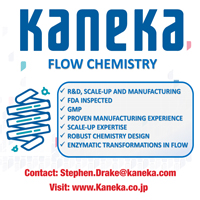