Evolution of the Board of Directors 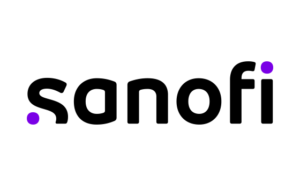 The Board of Directors of Sanofi met on September 2, 2022 and unanimously appointed Frédéric Oudéa as ‘Censeur’ (non-voting member) of the Board with immediate effect.

The appointment of Frédéric Oudéa as a director will be submitted for approval at the next Annual General Meeting. Following this Shareholders’ Meeting, a proposal will be made to the Board of Directors of Sanofi to appoint Frédéric Oudéa as non-executive Chairman of the Board, replacing Serge Weinberg whose term of office will have expired. Frédéric Oudéa has announced that he will leave his position as CEO and Director of Société Générale in May 2023. 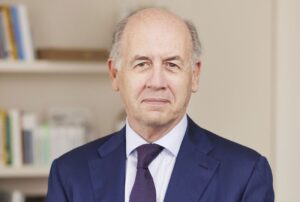 “I am delighted that Frédéric Oudéa has agreed to join the Board of Directors as ‘Censeur’ and, if the General Meeting agrees, to become a director and succeed me as Chairman of the Board. His experience in managing and leading the digital transformation of a large global company in a highly regulated sector, his understanding of governance matters, his financial skills, his integrity, his rigor and his sense of responsibility make me confident that he will succeed in his future role. Frédéric Oudéa and Paul Hudson, Chief Executive Officer of Sanofi, will form an excellent duo to position Sanofi as a modern healthcare company and strengthen the company as a French, European and global leader serving patients.”

“I am very pleased to join the Board of Directors of Sanofi as ‘Censeur’, with the prospect of becoming Chairman, if its shareholders approve, and I would like to thank the Board of Directors and its Chairman Serge Weinberg for their trust. I am extremely motivated by the prospect of contributing to the strategy and sustainable development of Sanof in the coming years, a leaderin a strategic, high-impact healthcare sector undergoing a major transformation, and of being the guarantor of the quality of the company’s governance.”

Frédéric Oudéa was born on July 3, 1963. He is a graduate of France’s École polytechnique and École nationale d’administration. Frédéric Oudéa is currently Chief Executive Officer of Société Générale, which he joined in 1996. At Société Générale, Frédéric Oudéa was successively Deputy Head and Head of the Corporate Banking arm in the United Kingdom, Head of Global Supervision and Development of the Equities Department, Group Deputy CFO in 2003 and then Group CFO in 2008, before becoming Chairman and CEO in 2009. With the separation of the functions of Chairman of the Board of Directors and Chief Executive Office imposed on systemic banks in Europe for regulatory reasons, he was appointed Chief Executive Officer in May 2015. Prior to joining Société Générale, he worked for 8 years in the French senior civil service, first in the Audit Department of the Ministry of Finance, then at the Budget Ministry. Frédéric Oudéa is also a Director of Capgemini.